Every Satanist should learn about what happened during the Satanic Panic of the 1980’s. Armed with this knowledge you can understand why people make claims about Satanism that just aren’t true.

Christians have a history of causing social panics. These panics are damaging to society. One example of a social panic was the witchcraft trials. These lasted for centuries and many innocent (and most often, Christian) people were put to their deaths. These kinds of panics have one thing in common. They play upon people’s social fears of the unknown. The dark ages of the witchcraft trials wasn’t the last time that society degraded into a culture of fear.

The Satanic Panic Was a Social Evolution

In order to understand this phenomenon you have to see how people’s attitudes about spirituality lead to this state. In the 1960s people experienced free love and a spiritual revolution. Then in the 1970s people became interested in the paranormal, and UFOs, seeking to find meaning in life. Then the 80s came around and with the election of Regan, Christian fundamentalism began to rise.

And the Christians saw Satan everywhere. From cartoons for kids, to rock-n-roll music, Satan was everywhere. He could even be in your child’s daycare.1

One of the most famous and influential books of the era was “Michelle Remembers”, a story of Satanic Ritual Abuse written by psychologist Lawrence Pazder. In this book, Michelle recalls her history of abuse in frightening detail through recovered memory sessions.

Michelle was a patient of Pazder, and together they created a sort of guide book for the general public. This book stoked the fears of society, claiming that Satanists were preying on our most precious and vulnerable segment of society.

Psychologists used a technique they called “Recovered Memory” to prod their patients into answering questions about Satanic ritual abuse. Later on, people realized that recovered memory was not a reliable method of recalling details from an event.

The patient is put into a hypnotic state and prodded to make up the experience so that they can gain approval from the psychologist. It is much like during the witchcraft trials when people confessed or told stories about other people. They were either in fear of their life or they were seeking attention and approval.

In the 1980s many daycare centers were under suspicion, accused of abusing children. It began with the McMartin preschool trial, a lengthy 4 year trial that cost millions of dollars. Other daycare centers soon were investigated and innocent people were charged with horrific crimes.

But, Satanists, real Satanists, were not happy with this proposal. Pazder tried to assert that the Church of Satan was responsible for abusing Michelle. Later he had to take his statement back when Anton LaVey, the owner of the Church, threatened to sue Pazder for libel.2

In the early 80’s the Talk-show host Geraldo interviewed people who underwent the regressive, hypnotic therapy of “recovered memory”. During this therapy, false memories of ritualistic satanic abuse drove up the ratings of the Geraldo show.

Geraldo Rivera had this to say about the Satanic Panic in the 1980s:
“Estimates are that there are over 1 million Satanists in this country…The majority of them are linked in a highly organized, very secretive network. From small towns to large cities, they have attracted police and FBI attention to their satanic ritual child abuse, child pornography and grisly satanic murders. The odds are that this is happening in your town.1”

On Halloween, in 1988, Geraldo hosted a prime-time special which spotlighted this supposed “Satanic Underground”. This television broadcast was based on the book by the same title which claimed that there was an extensive underground network of covens and grottos. It seemed like a perfect opportunity to cash in on people’s fears. Later on, the book was exposed as a fraud, both by Neo-pagan and Christian organizations alike.3

Three women were interviewed during the show, and they spoke about a type of therapy that was used to bring out memories that were supposed to be suppressed or forgotten since childhood. This technique, called “Recovered Memory Therapy” has since been debunked as a false science. It has been proven that “false memories can be planted through tone of voice or the phrasing of a question”4

These false memories are the result of a person’s need to place blame for emotional issues in their life. One of the women who underwent therapy, claimed that she abused many children and even killed up to 40 children in the presence of her family. Other patients described ritualistic murder, sacrifice of animals and children and other horrible acts. When the FBI investigated these incredible claims, and absolutely no evidence was found, the cases were eventually dropped.5

The Church of Satan Stands up to False Accusations

Talk shows were popular during the 1980s. The Church of Satan was on the rise as well, and they stood up to the unfounded accusations during the Satanic Panic. Anton LaVey’s daughter made an appearance on Good Morning L.A. to set the public straight on the matter. Watch below:

As you can see, social panics are dangerous to society. When people believe stories that play on their fears, even if the stories are unfounded, it can cause society to live in fear. Its a shame how many innocent people were charged during this time without so much as a shred of real evidence. It’s also a shame at how much money book publishers, pubic speakers, counselors and psychologists, churches and courts made from this dark time in our recent history. What’s even worse is that some people still believe the stories are true to this day.

Recommended Reading:
For an in-depth look at the history of the Satanic Panic, I recommend the book, Satanic Panic, the Creation of a Contemporary Legend by Jeffrey S. Victors. It covers the entire timeline of the panic, case by case, showing how each time, no evidence was ever found. this book also explores the social impact of the Satanic panic and why social panics are dangerous to society.

If you are curious about what Satanism really is, and what it is not, visit the Satanism FAQ page. This page answers many common questions about Satanism. 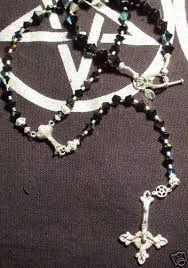