Spiritual Satanism is a Way of Life

You have read about Theistic Satanism, and LaVeyan Satanism too. But what is Spiritual Satanism?

Spiritual Satanism is independent. You are not tied down to a specific belief or way of practice. This may appeal to those who have a sense of adventure and who are curious about life. Sure, there is a lot more work, study, planning and preparation involved.

In order to really make Satanism your own, you should endeavor to break away from the safety that is provided in group practice and study alone instead. That way your Satanism can be about you, Satan, and your relationship to Satanism. If this interests you, take a moment to read my guide on Self-styling for Independent Satanists

Spiritual Satanism is Without a Creed

As a Spiritual Satanist you are not required to accept a creation myth. There is no teachings on Satan as “the ruler of hell” and the Christian god as a “ruler of heaven”. You are choosing to align with Satan on your own terms outside of the myths and misconceptions of Christian belief. However the myths of Satan and other dark guides can inspire you in your spiritual practices without the need to take them literally. They are only guides in the dark on your way to personal spiritual enlightenment.

Satanism is unique, there is no other path like it. It remains one of the most personally and spiritually difficult and challenging paths to take. Satanism, when it is studied and practiced in a meaningful and personal way, will transform the mind, body, and spirit.

Satanism is the Focus on Satan

The word Satanism is an umbrella term which encompasses several different expressions of Satanic belief and practice. Similar to other religions, with the passage of time it had evolved. Satanism has diverged into two main practices since it’s inception in the late 60’s, one side preferring a more spiritual or religious approach, and the other side preferring a more material and symbolic approach.

for those who are interested in the development of Satanism as a modern social movement, the differences between spiritual, Theistic and Atheistic Satanism are outlined in my essay: Is Satanism a Religion or Philosophy? Find Out This essay is a discussion on the role of spirituality and philosophy in Satanism, leading to ask if Satanism is a religion or philosophy. And, also:  Are All Satanists Atheist? A discussion on atheism in Satanism, and its impact on Satanism as a religious movement.

Overall, something is ‘Satanic’ because it is focused on the central figure of Satan, through mythology, symbolism, or spiritual and religious reverence. Since there is variety in Satanism, sometimes you will find this representation through literature about Satan, from the past, and in the present. Satanists idealize Satan, creating him or her into a living god.

Satan was and still is a figure of evil, darkness, and deceit for many in Christianity. Satanists, however, have their own views on what Satan represents. Oftentimes it is a personal representation based on the relationship that the theistic (religious) or Spiritual Satanist has with Satan. 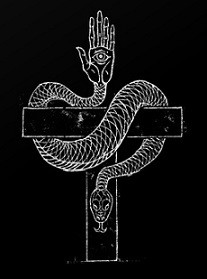 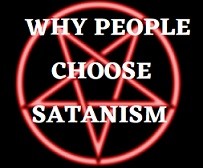