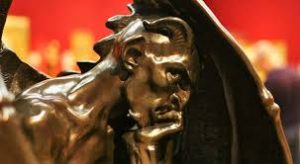 Much like the name of Satan which is a title for accuser and opposer, the word Devil, is also an accusatory title for one who slanders or attacks. Christians accept that the Devil, and Satan are the name of the same demon. The Devil of Christianity can be defined and described in many different ways, depending on the sources of the myths.

But, the word Diabolatry had been used as far back as the 13th century, when it was known as the French diabolique, and as diaballein in Greek,1 a word meaning a slander or attack, or to literally throw aside. These words originated from the Greek ‘Diavolus’, meaning something that is downward flowing. All of these words came to describe the nature of the devil in Christian literature – as one who opposes god, an attacker, who was cast aside below the earth, to become the low creature from the underworld.

The word Diabolatry is also found in occult literature, where it was used to describe devil worship by Aleister Crowley, in his book Magic in Theory in Practice. As he defined magic in this text he separated Black magic, which he thought was the magic of the True will, from Diabolatry, a lifestyle of materialistic pursuits that he compared to Christian Devil worship. The word ‘Diabolism’ was also used by Aleister Crowley to differentiate simple or low sorcery and magic used for evil and immoral purposes, from his ‘Black School’ of mysticism.2

There is a history of devil worship that can be found in many stories, written to sensationalize and to frighten the public. Tales about Devil worship were based on fictional accounts that Christians usually accepted as truths. Examples of this can be found within early medieval texts and books such as the witchfinder’s manual, the Malleus Mallefecarum. These were stories of witches and their associations with the devil. None of these tales were true, but as a method of propaganda it was an important tool of the Church, and it was used as a literary device throughout the ages.

Books were written about underground societies who held blasphemous rituals of black mass. One such author known as Leo Taxil, propagated hoax material about Satan worship and Masonry for profit and gain. Others used their morbid imagination to create scenes of Satanic worship and black mass, as was found in the French novel LaBas. Authors like Jules Michelet used materials from the witchcraft trials to create a fictional history of witchcraft in his book, Witchcraft and Satanism.

Material from books such as these were instrumental in inciting moral panics. Examples of this were the witchcraft trials, and more recently from the Satanic panic of the 1980’s. Many innocent people suffered from these stories which intended to place the blame on anyone who fit the ideal of ‘devil worshiper’, even if this ideal was invented to produce results. While these stories that were created were not true, some authors cite them as reference to actual historical devil worship, regardless of the lack of evidence and the unlikely tales that they are sourced from.

Regardless of the false historical origins, in its modern form, Diabolatry is the spiritual worship of the Christian Satan. It is a specific practice that depends on the theology and interpretations of Satan of Christian and Jewish literature, including prayers, and teachings. Diabolists may have an interest in anti-Christian activities and religious blasphemy as a form of spiritual expression, perhaps using Black Mass for worship. They may also have an interest in the reversal of Christian morals, and the use of Christian demonic hierarchies for worship or summoning.

In Satanism, Diabolatry has specific meaning. A more contemporary author, known as Geifodd mentions that – “Diabolatry is the religious worship of the Devil. Unlike Christians and people of other conventional religions, Diabolators, or Devil worshipers, do not believe the Devil to be a completely ‘evil’ entity”.3 Theistic Satanist, Diane Vera agrees with these descriptions, but also classified these types of Satanists as part of theistic Satanism, “Other terms for “theistic Satanism” or “traditional Satanism” include “Devil worship,” “spiritual Satanism,” and “Diabolatry.” Some of us may consider one or more of these other labels to be more accurate or otherwise more appropriate”.4 Satanists have defined their own identification with Satan that is separate and evolved from Christian beliefs.

How The Church of Satan Responds to Devil Worship

Satanism as a social construct emerged after LaVey in the 1960’s. It is a little known fact among satanists that Devil worship was promoted by the early Church of Satan. In the book, “The Satanic Rituals’, LaVey gives a description of the Yazidi peoples whom he labeled as the ‘original devil worshipers’. He also suggested that Satanists should use them for a personal example of how Satanists should relate to Satan. LaVey also characterized Satan as a demon, called upon him during rituals and recommended the invocation of Satan before the use of magic.

In later years the modern Church of Satan diverged from this belief and only accepted Satan from a symbolic aspect. This may have been a factor that lead some Satanists to disassociate with ideas of Christian Devil worship. As atheists, they disagreed with the notion that they worshiped Satan, or worshiped anything at all, for that matter. They speak of Satan worship as if it is a disgusting thing, to be done only by those who are weak and mislead. They make this known publicly through disparaging commentary, for example, by the current Church’s leader Peter Gilmore characterization of non LaVeyan Satanists as ‘kooks’.

They deny the Christian Satan and all Satanists that worship him. By doing this they are denying their association with them, accusing them, and and slandering those who are very much like their own. But, of course they are more than entitled to their own opinion on how their members of their Church should approach the idea of Satan worship, but they can not speak for all of Satanism.

At the other extreme, some Satanists have a Christian view or belief in Satan. This is a small part of Satanism that is relatively underground and often is on the fringe of socially accepted Satanic beliefs. Some of these Satanists choose to associate with the Christian aspects of Satanic evil. Others are motivated by greed, lust, desire and similar aspects of sin that some associate with the Christian Satan.

Beliefs of these Satanists vary; some accept Satan as a god, or as a demon. Some accept him as a father god, replacing the role of god with Satan and inverting the values of good and evil, light and dark. Some choose to believe that the Christian god does not exist and that Satan created the earth. Others believe that Satan was not the bringer of evil, but instead he was a bringer of enlightenment and knowledge.

Diabolatry is often labeled by Satanists who practice it as ‘Traditional Satanism’. It has developed as a term that contrasts with philosophical, or ‘LaVeyan Satanism’. However, there is no real historical tradition of Satanism, because Satanic worship and the social recognition of Satanism has only been freely available to the public for the last 30 years.

The term ‘Traditional Satanism’ is also a social reaction to Christianity and an attempt to give a historical backdrop to Satanic communities who claim that Satanism existed before the emergence of Judaism and Christianity, while at the same time using the mythologies and teachings of these religions to express Satanic belief. In the end, these varieties of Satanic belief are all a part of Satanic expression. 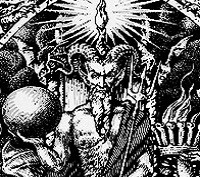