This essay explores the history of two of the most dangerous cults in modern times. It is also a guide on what cults are and how you can identify them.

A cult is a close group of people that associate their beliefs and practices with ideas outside of mainstream beliefs held by society. The word ‘cult’ is sometimes used in a disparaging way to describe a group of misled people who are willing to do whatever a cult leader instructs them to do.1

Cults differ from religion by this simple fact: a religion is a tradition that is passed down through generations of family and society. A cult is created for a specific purpose, usually lead by a single leader who takes control of the cult member’s lives.

Why Do People End Up In Cults?

A cult leader will condition their followers with emotional manipulation. This makes the cult members trust and believe in the cult leader with unquestioning faith.

Many people, from all walks of life end up in cults. Sometimes it is because of a need to belong to a group that they feel they identify with. People become manipulated in many ways to give up their freedom for the sake of the group and it’s leader.

Cults can be dangerous to society, as cult leaders can be controlling and manipulative, destroying peoples lives.

Doomsday Cults are the most dangerous kind. They often hold the dangerous belief that the end of the world is approaching. Members may take their own life in preparation, or take the lives of others in their quest to transcend life on earth.

Jim Jones, and the “People’s Church”

Their leader, Jim Jones, was a charismatic man who was very passionate about religion and idealism. He became an ordained minister in 1950. He founded a church group in Indiana, called the Peoples Temple Full Gospel Church. He created a social belief system, called Apolistic Socialism.2

The Creation of the Jonestown Compound

These people believed in Jim and accepted him as a father figure and called him “Dad”. Soon, the IRS investigated the church. They moved to Guyana, South America, where Jones created a settlement with his cult members that he named Jonestown.

Jones claimed that he was the incarnation of Jesus, Buddha, Lenin and, ‘Father Divine’. This brought him many people who believed in his supposed powers of healing. He catered to and accepted members of the African-American community, preying on the vulnerable. Over time, the group became more cult-like and less Christian over time.

Jonestown was to be a racist-free society based on agriculture. People lived by the basic principles of communism. He was even praised for helping out the local poor black community as a benefit.

After the move from San Fransisco, the organization began to fall apart. In time, Jone’s schemes and his drug addiction to Phenobarbital was uncovered by members of the group. People began to leave the group because they were in fear for their lives.

Unfortunately when people who had left the cult went to the authorities revealing information about beatings, brutality, and the plan of taking their own lives through suicide, they were not believed.

The Fall of Jonestown

Finally, in 1978, the US congress lead a delegation team to investingate Jonestown. This team was lead by Congressman Leo Ryan.3

For three days, members of Jonestown were interviewed. During that time, people in the group planned to assassinate Jim Jones. On the third day the delegation team left after an assassination attempt on Jone’s life.

The delegation team was able to talk twenty members of the cult into leaving with them. As the group members were boarding the plane, bullets were flying. They were being shot at by some of the Jonestown compound guards.

Five people died as they were trying to board the plane. Later on, all 914 people in the Jonestown cult ended their lives by drinking “Grape Flavor-Aid laced with cyanide”.4 His legacy ended when Jones ended his life when he had shot himself in the head.

History reminds us that the human will is easily lead astray by hopes and desires to have something to believe in. A cult leader will operate a group based on mind control to serve a personal agenda. They do it for power, money, glory, or to feed a maniacal ego. When the cult leader has gained control, the group becomes like a unit – an extension of the cult leader’s will.

In the 1990’s, one of the more recently publicized suicide cults to emerge was the Heaven’s Gate Cult. the leader of this deadly cult was Marshall Applewhite.

This controversial apocalyptic cult blended Christian beliefs with science fiction and UFO theory. Described as a ‘milleniest cult’, this group had a deeply held belief that they had to transcend into another world, before the earth was ‘recycled’ and destroyed.5 Milleniest cults focused on the end of the century believing it was the end of the world.

While the Heaven’s Gate cult was against suicide from a traditional perspective. But as a tool, they used it as a method to “turn against the Next Level when it is being offered”.6 This referred to their odd beliefs about the universe.

To the members of the cult, the body was a vehicle. The appearance of the Hale-Bop comet was the sign that they waited for. They tried to escape from the earth in a suicide pact so that they could transcend to the ‘Next Level’.

According to Applewhite, he was a transcended master that had evolved on this earth. He compared himself to Jesus to his followers. The group believed that the earth would be destroyed because it’s inhabitants refused to evolve to the “Next Level”.7

Marshall had always lived a troubled life. In the 70’s he checked himself into a mental hospital. In his delusions, he believed that homosexual urges and voices were guiding his life. When they released him from the hospital his beliefs had become worse. In an attempt to rid himself of these urges he he castrated himself.

According to Louis Jolyon West, professor of psychiatry at the University of California at Los Angeles, Marshall was “delusional, sexually repressed, and suffering from clinical paranoia.”8 Somehow he was still believable to his followers.

The Heavens Gate group began in the 1970’s. Marshall had a life changing experience when he suffered a heart attack and almost died. During this time, Marshall believed that he had seen a vision of the afterlife.

He identified and bonded with his nurse caretaker, Bonnie Nettles. Eventually he chose Bonnie to be part of a larger plan that he believed came from the book of Revelation. He chose Bonnie as a special part of his plan. Bonnie, who enjoyed her time with Marshall, gradually began to believe Marshall’s story. Bonnie and Marshall were close but they shared a platonic relationship.9

They joined forces and worked together, building a spiritual bookstore that eventually failed. They traveled across the country determined to spread Marshalls’ message.

For many years they worked to recruit members across the united states. But, it was Bonnie’s death by cancer in 1985 that finally separated them. By then the cult had grown to a large size. Heaven’s Gate was a tight-knit group that lived together. They were then separated from the outside world.

Marshall demanded of his members that they should live a simple life, free from the burdens of the outside world. His members were forbade to see family and friends, isolating them. He also required six of his male associates to castrate themselves just as Marshall had done. Members of the group were not allowed to express any kind of sexuality.

The Fall of Heaven’s Gate

When the Hale-Bop comet appeared on March 26, 1997, it was a sign that it was time for the Heaven’s Gate members to transcend to another world.The 39 members of the cult committed suicide in a house in San Diego.  According to Marshall’s directions, they gathered together and ingested phenobarbital and alcohol and suffocated themselves. Their heads were covered with a purple shroud.

The members made videotape interviews before the suicide happened. They were willing to end their lives, without even thinking twice. Marshall had a hold on them convincing them that he was a messiah.

From the New York Times Website: “We couldn’t be happier about what we’re going to do”, one woman said, her voice choking a bit but her face anything but sad. Another woman, smiling, added, ”We are all happy to be doing what we are doing.”10

The Dangerous Appeal of Cults

While it seems that people are foolish for joining cults, the truth is that cult members are from all walks of life, and all ranges of intelligence. It’s crazy that normally adjusted people who have family and friends, are willing to give up everything for a cult.

What brings people into the cult is the leader’s ability to to manipulate the members in many ways. The most dangerous way is through emotion. A cult leader is charismatic and is able to pitch their story to whomever will listen. They appear to be the voice of reason.

So what are some of the signs that a cult is dangerous or controlling? There are a few key ideas that Isaac Bonewits wrote about in 1979, in an essay called the ABCDEF scale. This scale determines howw dangerous a cult may be. I have interpreted this scale with my own words. Let’s review some of these (excellent) ideas inspired by this essay by Bonewits:

Cults Can Be Dangerous

As you can see, cults can be dangerous to society. if you decide to join a group, please be aware of how the leader operates in that group and what people say about that group. Cults are notoriously hard to leave and in some cases, deadly. 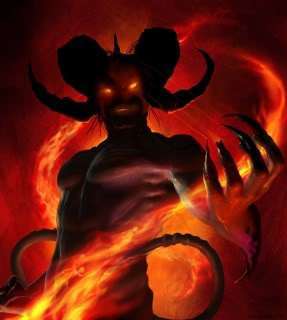 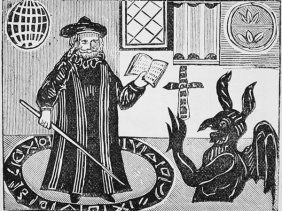 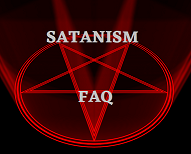 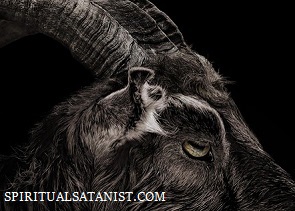