Using the Power of the Moon in Satanic Witchcraft

This essay explores one of the basic practices of Satanic Witchcraft –  the use of timing in magic through the phases of the moon. The moon can serve as a guide for timing magic spells and rituals. Living by the moon allows you to live in the natural rhythm of life. By working with moon magic, you can witness the rhythms of life are mirrored in what we see and what we do.

Magic is motivated by the power of will, and the means by which it manifests is through association. But the moon is more than a symbol to a Satanic witch; it is a guiding light. You do not have to believe in magic to know that the moon effects the earth’s tides, and that without this our oceans, and life itself, would not flourish. Moon magic allows us to have a guide.

There is a spiritual feeling that is unparalleled during a full moon ritual that can not be replicated or reproduced during any other time of its phases. No curse was ever so entropic and destructive, than when it was cast during a dark moon. The moon will lend a powerful hand to you in your Satanic Witchcraft.

Through this, I believe that the first step into understanding Satanic Witchcraft is by understanding how to work in synthesis with nature. And, if you recognize Satan as the force of nature then you are aligning yourself with these forces by observing the world you live in, and living by it in a conscious way.

Timing is one of the most important elements of magic. Timing with magic is the ability to recognize and to use the events of the natural world as a guide for when and how to cast your spell. A spell that is cast too late, or without the right ingredients is a recipe for failure because there is a lack of focus and direction, and the energy is misspent and wasted.

Moon Mythology of the Ages

The sun, moon and stars have been characterized as containing power and influence upon our world, so much power that cults 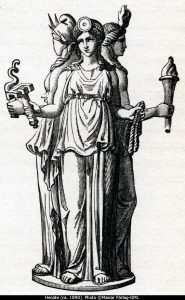 and religions were built upon their worship. Celestial events were a guide and a foundation for many religions, outlining the procession of the Equinoxes and the Solstice, where many myths and religious traditions have been created from the timing of celestial events.

There are many cultures worldwide that have represented their ruling deities as the sun, moon and stars. One example of this is the mythology of the Roman peoples, where the gods were represented as celestial figures. The Roman Goddess Diana, was represented by the moon and it’s phases. In the Greek era, the goddess that represented the moon was the three-headed Hecate, goddess of magic and the underworld.

The sun was also worshiped by the cults of Apollo , who revered him as a god who would bring his worshipers both blessings and plague. The morning star was represented by Lucifer, who would bring the light of the morning, and also the goddess Venus who would rise from the sea as her legends had described.

What Satanic gods represent the symbol of the moon? The demons of night, the ones associated with nightmares, and visions of the subconscious. One goddess that represents the moon is Lilith, known as the queen of Demons. Moon magic cast with an invocation of Lilith can be powerful.

Another legendary creature to be invoked under a dark moon is Shub-Niggurath, the Goat of a Thousand Young. Shub-niggurath, the creation of Lovecraft and others, is associated with the dark and chaotic forces of the moon in his stories.

One of the more influential writers on modern witchcraft, Paul Huson commented about the moon’s influence in the practice of magic. Huson states that: “though these heavenly bodies are not the actual sources of power, they are the main indicators of its ebb and flow in the universe”.1 The Stars, moon and sun are a guiding force for witches.

The sun and moon are representative of this energy and planning and executing your magic according to the moon and its phases will help you to be able to work with the best available timing. By using the phases of the Moon as a guide for casting spells, you can increase your chances of success with magic and witchcraft.

The Sun is often related to male energies, the conscious mind and the timing of the seasons. The moon guides the tides of the ocean and it also has an influence upon the subconscious mind. Within astrology, in a person’s natal birth chart, the positions, degrees and sign of the sun and moon are recorded [along with the ascendant or rising sign] as the basis of the natal chart, representing the outside forces, the ego and self image, the masculine and active forces. The sun is usually represented by the metal gold.

The moon sign represents the inner self and motivations, the instincts, the emotions, the subconscious, and the feminine. Negative beliefs about the powers of the moon have persisted for centuries. It’s not hard to believe since for centuries we existed without artificial light and we were at the mercy of the dark and unknown. Moon magic can help you to understand yourself and others around you.

Phases of the Moon

Observing the phase of the moon before spell casting increases the focus for spells. In Satanic Witchcraft you can align yourself with the moon’s phases to harness the moon’s influential power.

These phases are created by the reflection of the light from the sun. Within this cycle are found four phases of the moon, starting with a full moon, which is said to be waxing when the reflection on the moon is growing or increasing during the phase. During this growing phase, spells of increase, gain, luck, fortune and creation are most successful.

A waning moon comes after the full moon phase, where the shadow increases on the surface of the moon, and the moon gradually becomes darker on each day of its phase. During this time spells of binding, black magic, and destruction are most successful. This continues until it is called a Dark moon, when the power of destruction is at its metaphysical peak. The moon then increases or is said to be waxing until it is full once more. Moon magic that is cast on the full moon can help to represent a powerful force. 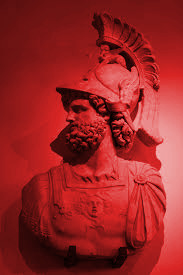 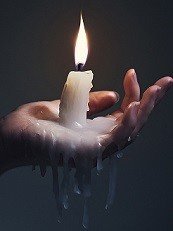