The Spiritual Satanist essay series includes information on Satanic practice, Satanic history, and Satanic culture. If you are curious about Satanism, let my experience in Satanism help you to become a Satanist or stay on the Satanic path. You should begin by reading the Satanism FAQ:

Why Do People Become Satanists? A Few Thoughts From A Satanist
Satanism is an enigma. For outsiders, Satanism seems dark and evil. But most Satanists don’t see it that way. So, why do people become Satanists?

Is Satanism a Religion or Philosophy? Find Out
Discussion on the role of spirituality and philosophy in Satanism, leading to ask if Satanism is a religion or philosophy.

Are All Satanists Atheist?

A discussion on atheism in Satanism, and its impact on Satanism as a religious movement.

The Force of Satan
This essay describes my personal relation to Satan as a force of nature, with an interesting story on how I came to experience Satan as a spiritual force.

Making A Pact with Satan
On making a Deal with the Devil, how to make a pact and why pact making could be an important step for you.

Satanic Prayers for Devotion
Develop a spiritual relationship with Satan through the devotional act of prayer.

Your Satanic Ritual Space – How to Make and Keep an Altar
Examples of Satanic Ritual Altars, how to make a Satanic Altar and some considerations when it comes to building and keeping a Satanic altar space.

The Origin of the Baphomet, or Why Goats Are Satanic
Have you ever wondered what the Baphomet stands for? Or why people think that goats are Satanic? This page explores how the goat was adopted by modern day Satanists.

The Satanic Panic – exploring the false accusations of a modern moral panic.
Every Satanist should learn about what happened during the Satanic Panic of the 1980’s. Armed with this knowledge you can understand why people make claims about Satanism that just aren’t true. 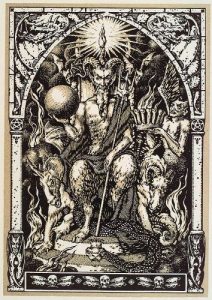 Cults and Cult Leaders – the Dangerous Appeal of Cults
This essay explores the history of two of the most dangerous cults in modern times. It is also a guide on what cults are and how you can identify them. Helpful advice if you are considering joining a Satanic organization.

The Al-Jilwah for Satanists
The Real story behind this book and what it means to Satanists and why some Satanists use it for religious worship.

Is Satanism Legal in America?
This post explores why and how other religious movements outside of Christianity are questioned as being legal in a land where we have religious freedom.

Satanism and Family: Coming Out As A Satanist
It’s not easy to come out as a Satanist. If you have been a Satanist for a while,
and you are considering telling others about it, here are some tips on how to come
out to family, friends and co-workers. 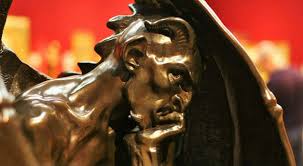 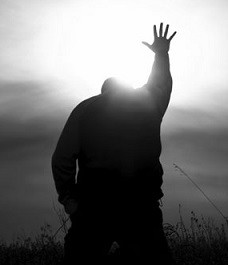